The Border Terrier is a “working terrier”, bred since at least the 18th century in Northumberland and on the Scottish borders of the United Kingdom. The border farmers, shepherds and sportsmen required a game terrier of sufficient length of leg to follow a horse. This dog must be able to run with the foxhounds, to go to ground after foxes, to maneuver in tight places, and to defend itself when necessary.

The breed had other names, depending on the locality. However, in the 1800’s the name Border Terrier triumphed because of its long association with the Border Foxhounds and the fact that the breed had been kept pure by the Robeson and Dodd families. Although it is generally accepted that they are related, the Border has no resemblance to the present day Bedlingtons and Dandie Dinmonts. Today one will occasionally see, however, a Border that has the soft topknot characteristic of those two breeds.

The American standard is a more explicit and descriptive version of the British standard. It is intended to be a word-picture of the ideal Border Terrier.

This beautifully detailed publication has a place in every Border Terrier home – at only $10 it is a worthwhile investment! Buy Now! 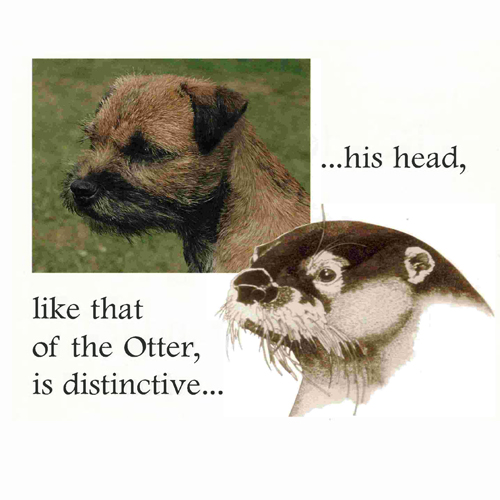